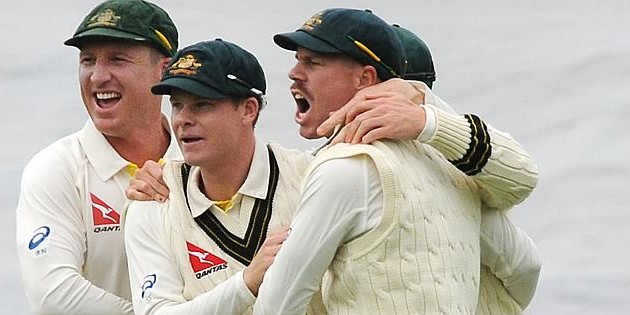 Warner has been dismissed three times in four innings by Ali by attempting to attack the spinner with aggressive lofted shot making.

However, Warner has conceded that he may need to be less aggressive against Ali in order to keep his wicket.

“I think the difference with Swanny was he was very consistent and always in the same areas," Warner said.

“It was hard for you to score as a batsman, so you had to try and change the patterns.

“With Moeen, I don't think we really have to go as hard against him.

“No disrespect to Moeen, but you will get that bad ball whereas Swanny was relentless and you never really got that bad ball, especially as a left-hander.

“The other day, coming out probably too hard and too aggressive was probably silly on my behalf.

“It was a brain snap but my plan was to go after him.

“I always say I will go down the way I want to go down, and that’s what happened but when I look back at it cost me a fair few runs.”