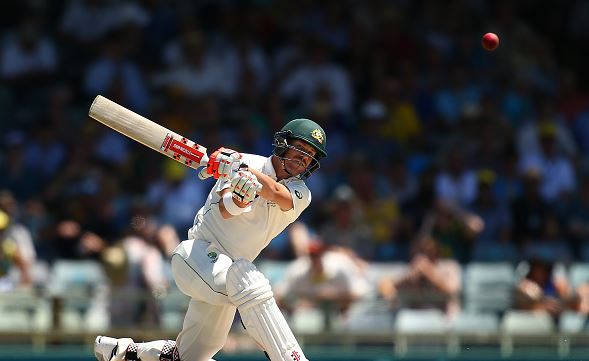 Dave Warner passed the milestone of 4000 Test runs after hitting Mark Craig for three consecutive fours to move to 73 taking his average to 50.01.

It was a significant moment from both a personal and a historical standpoint, with Warner becoming the second fastest Australian to ever pass the 4000-run mark in terms of Tests played.

The opener reached the milestone in 45 Tests. The only Australian to reach 4000 faster is Sir Don Bradman who reached the landmark in only 31 Tests.

In terms of innings played, Warner’s 84 is the fourth quickest in Australian history, behind Bradman (48), Matthew Hayden (77) and Neil Harvey (80).

Having reached lunch on 60, Warner is on track to become just the fifth player in Test history score a century against an opponent in four consecutive innings.