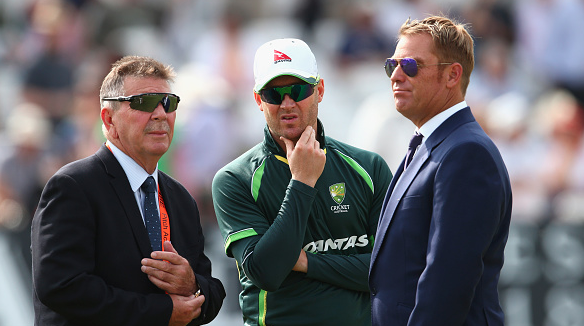 Shane Warne has named his greatest Australia one-day XI of the past 25 years. However, he was unable to find room for his great mate, recently retired Test skipper, Michael Clarke.

“As promised here’s my greatest Australian one day team over the past 25 years,” Warne wrote on his Facebook page.

“The number four spot was the toughest decision, but I think Hussey just wins it over Damien Martyn, Darren Lehman and Michael Clarke. Looking at this team, everyone bowls too.”

Shane Warne's greatest Australian ODI XI of the past 25 years: