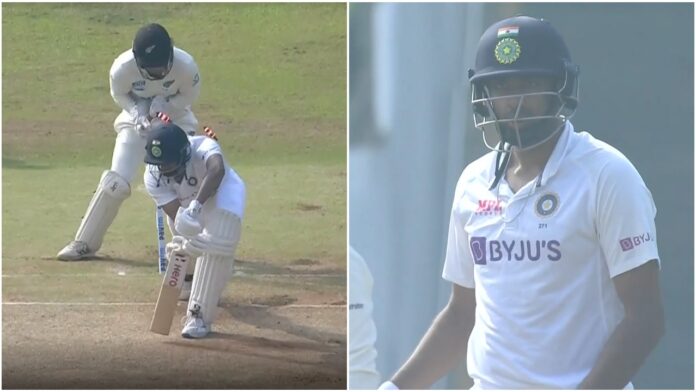 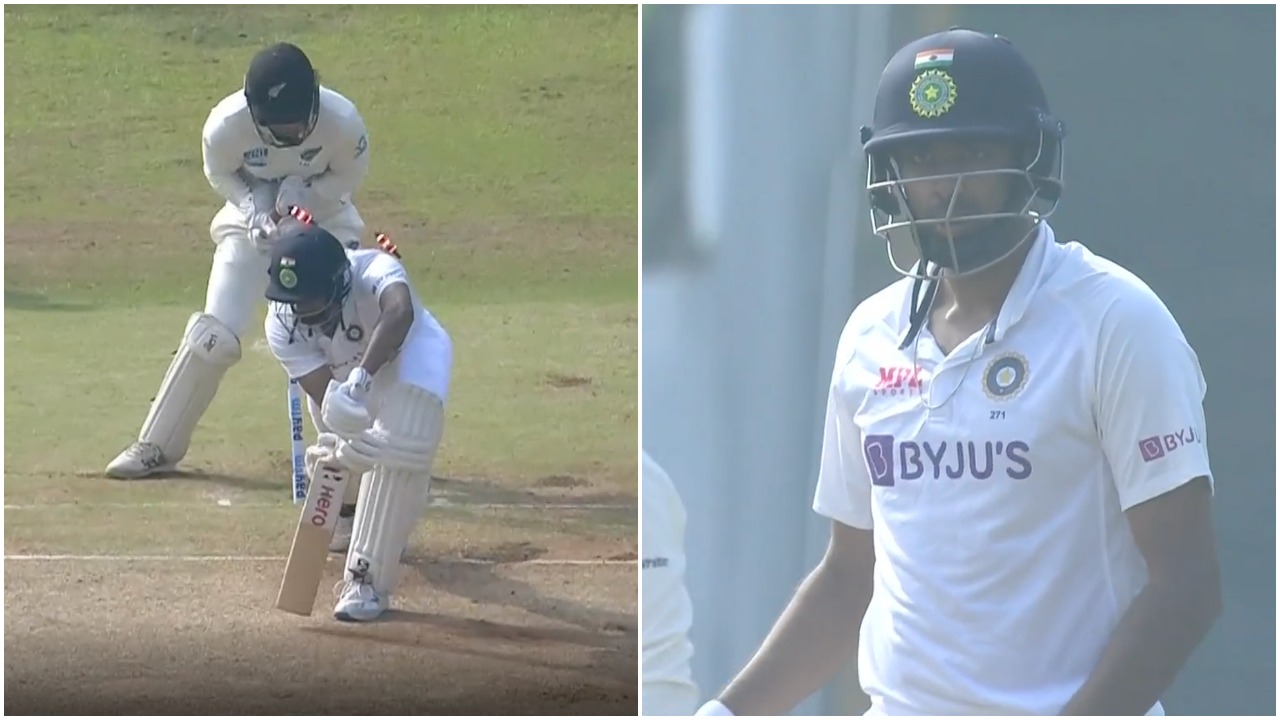 Indian spinner Ravi Ashwin turned a few heads on Day 2 of the Mumbai Test against New Zealand when he decided to review an Ajaz Patel wicket that saw Ashwin clean bowled.

Facing the first ball of his innings, Ashwin played and missed a stunning Patel delivery that clipped the top of off-stump and dislodged the bails.

Almost immediately Ashwin signalled for a review, assuming he had thought the umpire had given him out for caught behind.

The veteran spinner soon realised he had been bowled by Patel and made his way to the pavilion as the screens at Wankhede Stadium signalled the reviewed decision stood.

The wicket placed Patel on a hat-trick after dismissing Wriddhiman Saha LBW the ball prior, with the wicket of Ashwin the New Zeland bowler's sixth of the innings, taking out the entire top order besides Mayank Agarwal.

India were 224/6 at Aswin's dismissal, with Axa Aptel joining Agarwal at the crease, with the opener currently on 128 not out at the point of writing as India look to add to their first innings score.