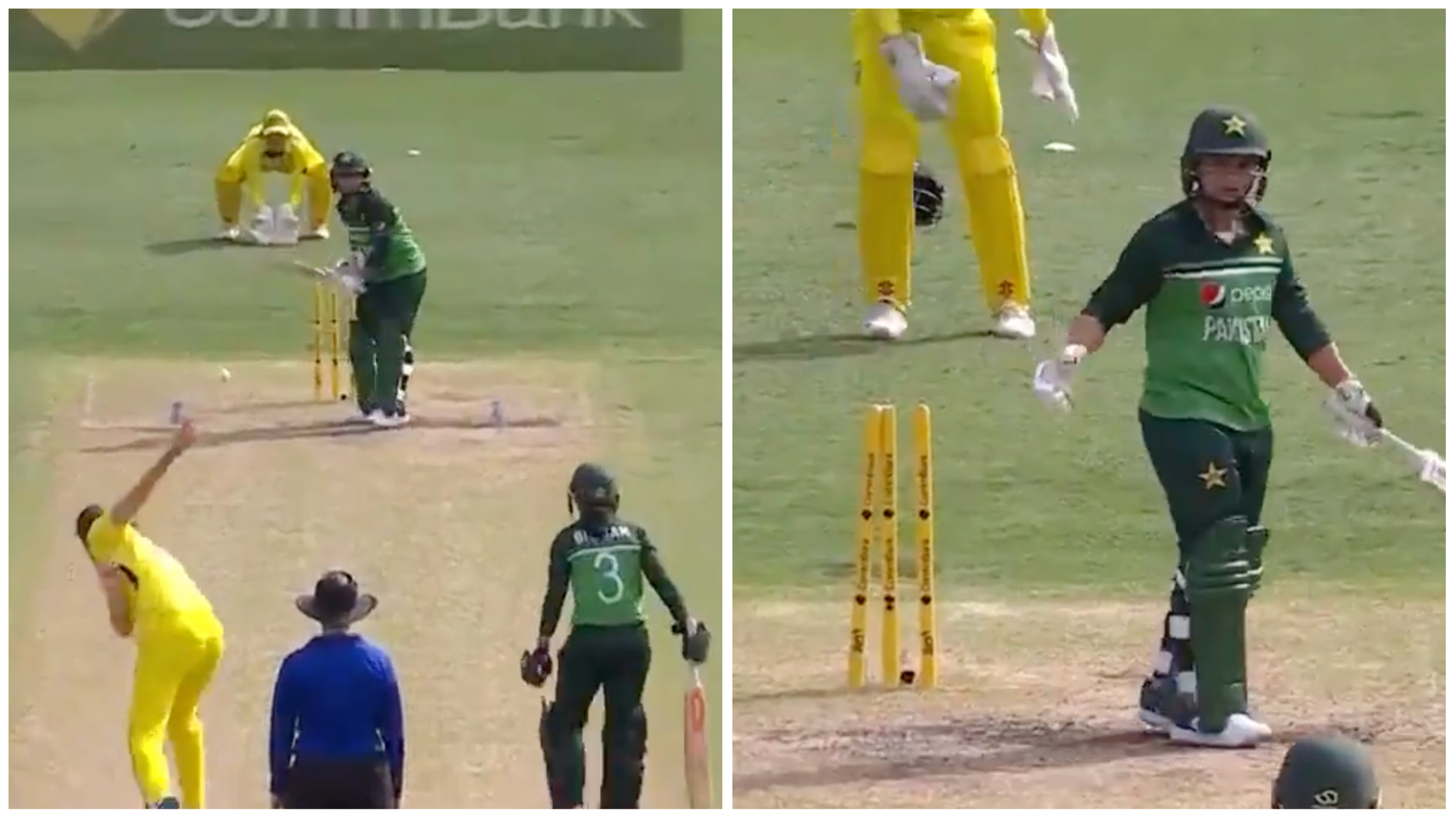 Pakistan batter Nida Dar's decision to pull out of a Tahlia McGrath delivery before being bowled has raised eyebrows for onlookers.

In the 27th over of Pakistan's innings, where the travelling nation required 337 runs for victory at North Sydney Oval, McGrath was four balls into her first spell for the day before a peculiar incident took place.

Even after the ball had left the right-armer's hand, the facing batter in Dar opted to drop her shoulders and step away from the line of the stumps.

While the ball clattered into the off-stump, Dar looked to signal as though her view had been impeded, with umpire Claire Polosak calling a dead ball for the delivery.

Slow-motion replays showed Dar had not stepped away from her position until McGrath's delivery was halfway down the pitch, prompting confusion among the broadcasters.

With the ball called dead, Dar was able to continue her knock, which was set at five runs from six deliveries at the time of the incident.

Dar was eventually dismissed for 29 runs from as many balls, with Pakistan requiring 184 runs from the last 16 overs.