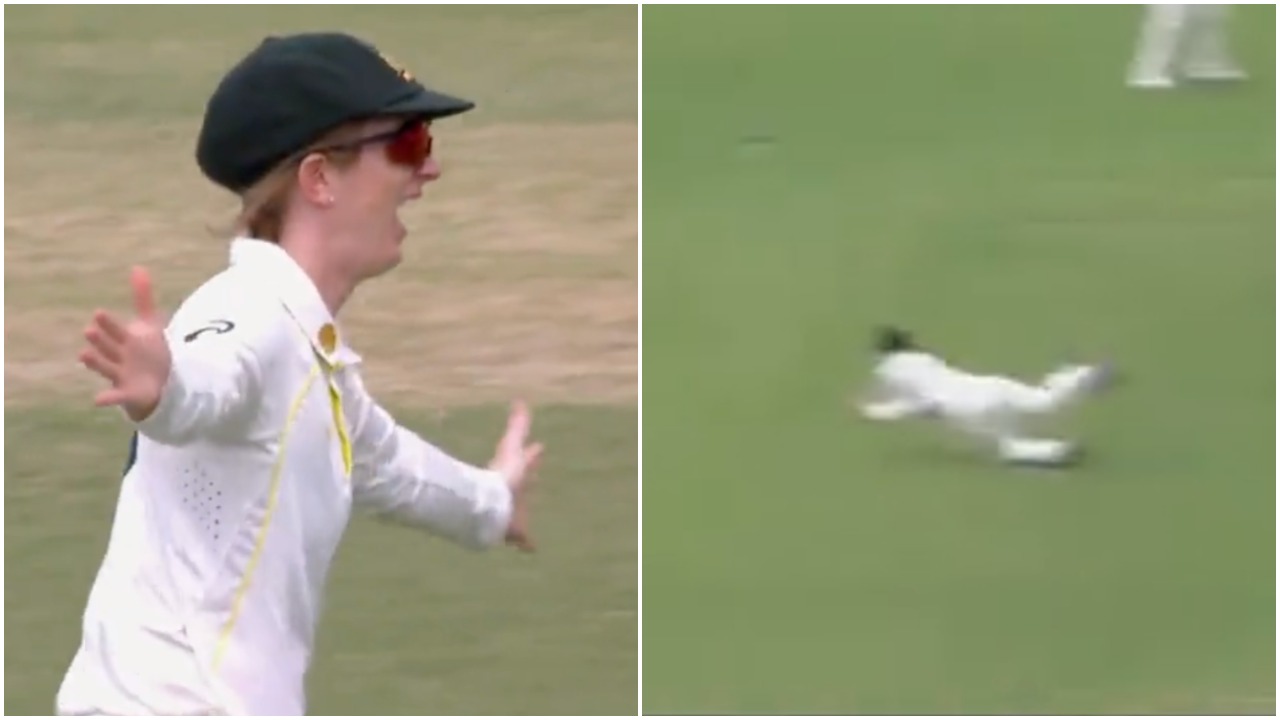 Australian star Rachael Haynes has played an integral part in her side's hopes of claiming the Test leg of the Ashes series against England.

The tourists are currently chasing 257 runs to win in the fourth innings of the match, while Australia's bowling attack are doing their best to claim all 10 wickets prior to stumps on the final day of the Canberra Test.

Fading time looks set to see the match end in a draw, however that hasn't stopped Haynes and Australia from doing their best to give themselves a chance of victory.

England began their chase with a promising opening partnership of 52 runs between Lauren Winfield-Hill and Tammy Beaumont to have the Poms in good stead.

That was until combined brilliance between Tahlia McGrath and Haynes forged the breakthrough, with Beaumont's lofted cover drive flying to the left of Haynes, where she made no mistake.

Beaumont was sent toward the pavilion for 36, bringing England skipper Heather Knight to the crease.

Knight and Winfield-Hill were able to add another 42 runs before the next fall of wicket, with the latter joining Beaumont in being victim to some Haynes magic.

A straight delivery from Ellyse Perry was scooped to mid-wicket, where Haynes was waiting and took a leaping catch to dismiss the English opener.

Who else to take another catch but Rachael Haynes?!

Just as Winfield-Hill went up a gear she's dismissed by Perry #Ashes pic.twitter.com/KVGPhKMAxz

The pair of dismissals saw England fall to 2-94 in their run chase, after Australia declared at 7-216 earlier on day four.