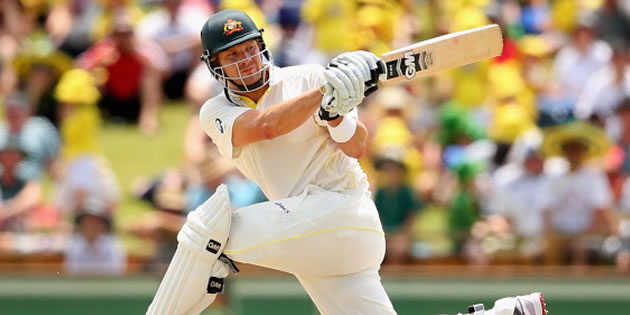 Shane Watson has announced his retirement from Test cricket effective immediately after another injury setback cut short his ODI tour in the UK.

Watson called time on his career Test career today after he sustained a series-ending calf injury in yesterday’s controversial 64-run ODI win over England at Lord’s.

The 34-year-old, who has repeatedly dealt with injury throughout his 10-year Test career, broke the news to his teammates at their London base this morning (Sunday).

"I've been through a lot of different waves of emotion about what is right for myself, my family and most importantly the team as well," Watson said.

"Over the last couple of days there was a lot of clarity (for me) of what the right decision was. I just know that I've given everything I possibly can to get the best out of myself.