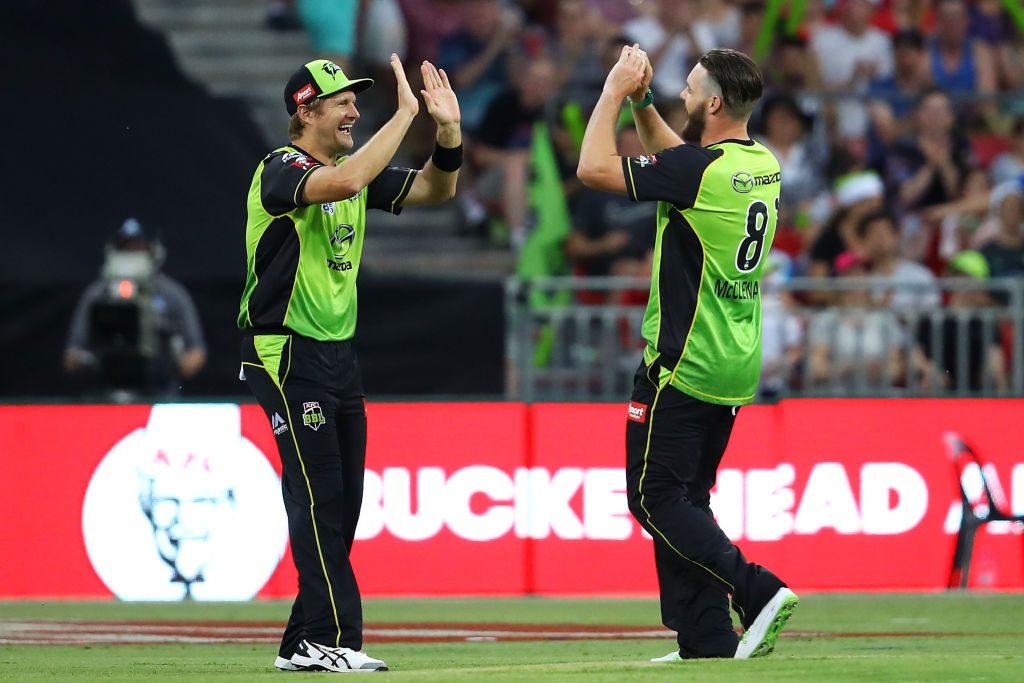 A fantastic opening night to the Big Bash has resulted in the Sydney Thunder coming out on top in an impressive win.

The Sydney Sixers put up a score of 149 that wasn't to be taken lightly by the Thunder which was led by new captain Shane Watson.

Whilst there were no standout performers in the batting department, the run load was relatively evenly shared with Daniel Hughes, Nic Maddinson and Sam Billings scoring 29,31 and 32 respectivley.

Fawad Ahmed had a good night taking 2/11 off four overs one of them being the menacing Nic Maddinson, which in turn saw him gain the record for the best ever figures from a Thunder player.

Shane Watson led by example when coming to the crease, top scoring with a very impressive 77 runs from 46 balls to propel the game in favour of the Thunder.

19-year-old Arjun Nair faced up to Sean Abbott in the final over with 15 runs still remaining. He smashed the pacemans first two balls for four whilst Aiden Blizzard did his bit to leave Nair to get just one run from the final ball.

Although the result did not go in his favour it was a debut to remember from Daniel Sams who took a very impressive 4/14 off four overs, narrowly missing out on a hat-trick in the process.

21,589 turned out to watch the thriller and if the remaining 42 games are anything like the opener, BBL07 is going to be great viewing.