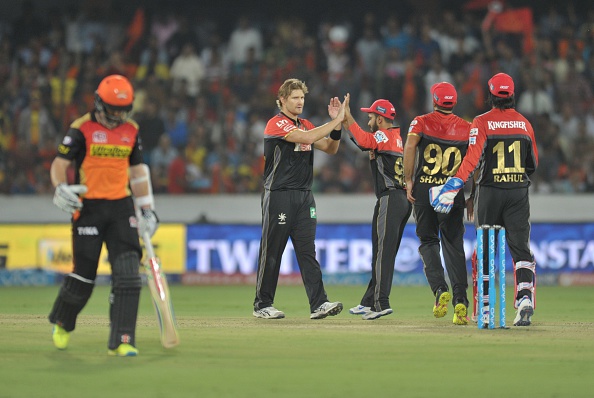 Shane Watson has starred for Royal Challengers Bangalore in a one-run win over Kings XI Punjab in the Indian Premier League.

Watson took 2-22 off his full allotment in a game where runs were scored at more than eight an over, accounting for Punjab openers Hashim Amla (21 off 20) and Murali Vijay (89 off 57).

It was a tougher day for fellow Aussie Marcus Stoinis, who came close to pulling off a remarkable finish for the Kings, but was unable to deliver the last-ball boundary needed to snatch victory as they chased a total of 6-175 at Mohali.

Watson made up for his poor showing with the bat with a player-of-the-match performance with the ball, leaking just seven runs off the penultimate over of the game to leave Chris Jordan with 16 runs to defend in the final over. The Englishman used 15 of them.