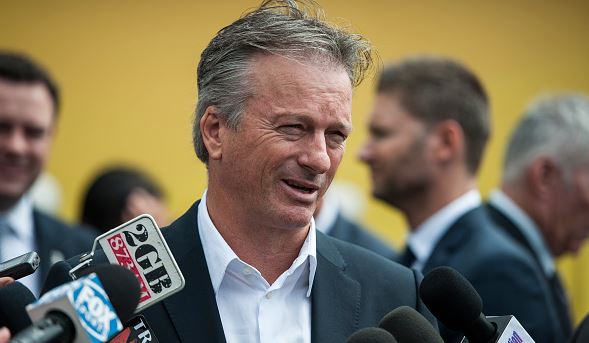 Australian cricket great Steve Waugh says that day-night Test cricket is "very important" to helping save the longer format of the game.

“Test cricket needs day-night Test cricket. I was on the MCC world cricket committee for eight years and we pushed this 10 years ago,’’ Waugh told the Herald Sun.

“I think it’s definitely needed. If we save Test cricket and this plays a part, it’s very important.

“At the end of the day the ball might not be perfect but neither was the white one-day ball.

“Let’s just play and worry about the other stuff later. It’s round, they will still be able to see it and it will be a storm in a teacup at the end of the day.

“People are always scared to embrace something new but let’s give it a go.

“I think once we start playing day-night Test matches we will sit back and say, ‘What was all the fuss about, we should have been playing it a while ago’.”

Waugh's comments come after Australian Test batsman Adam Voges last week criticised the pink ball after the PM XI's match against New Zealand. Melbourne Stars batsman David Hussey said he also believes changes need to be made to the ball before day-night Tests can be a success.