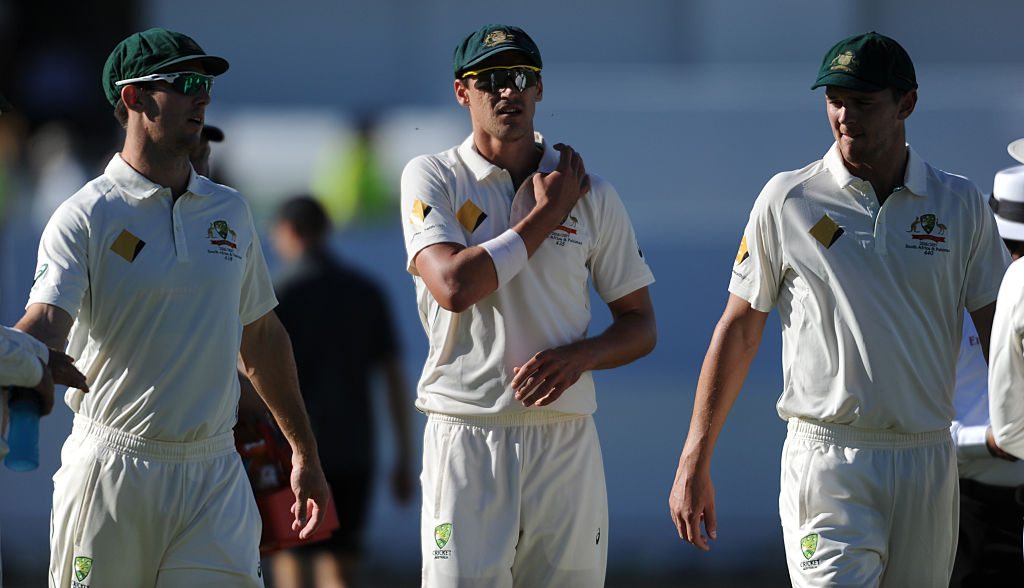 Australian wicketkeeper Peter Nevill believes he knows exactly what the Aussies need to do to be able to keep their bowlers fresh.

Nevill says his side needs to stay at the crease longer in order to give the bowlers the rest they deserve, after Australia's wicket takers bowled on each of the first four days of the opening Test in Perth.

Because of that, Cricket Australia has admitted that Mitchell Starc and Josh Hazlewood are at a greater risk of breaking down during the second Test, as Peter Siddle will miss out on Hobart completely due to a back injury.

The pair of Starc and Hazlewood bowled for a combined 103.4 overs throughout the first Test, and Nevill knows that's on the batsmen in the side.

"It's tough on the fast bowlers when the batsmen don't bat for that long a period," Nevill told Sky Sports Radio.

"They don't get as much time to put their feet up as they would like ... but there was no complaining from their end.

"Hopefully at this Test match we give the bowlers a lot more time to put their feet up."

Team physio David Beakley echoed the thoughts of the wicketkeeper, saying that without a big break between wickets it's harder for the Australian quicks to recover in time for another session.

"That's a problem. Ideally you don't like to see them bowling that much consecutively," Beakley said.

"Any breaks are gold when you're bowling those sort of numbers."

Starc and Hazlewood, along Pat Cummins and James Pattinson should all be over their lastest injury woes said team doctor Peter Brukner, as the Cummins and Pattinson in particular look set to get back into Sheffield Shield action towards the end of the summer.

"They're all getting to that stage now where they should be past that danger age," Brukner said.

"There should be significantly reduced risk of having those bone stress injuries. They're not totally out of it because if you work them hard enough everyone is going to break. Certainly the likelihood is much less."