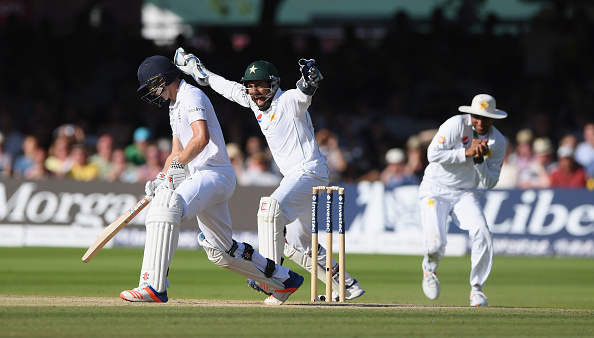 Pakistan claimed a dramatic 75-run win over England in the first test at Lord's overnight, thanks to a superb final day bowling performance.

Regardless of the result, England fans will remember the match as the coming of age performance for Chris Woakes, who finished with figures of 6-70 in the first innings and so far 5-32 in the second, while also scoring 35 not out with the bat in the first innings.

Having been told to get quicker in order to keep playing Test cricket, Woakes has done exactly that, prompting former England captain Michael Vaughn to comment that ha had gone from a “Skoda to a Ferrari” in a matter of months.

The timing could not be better for 27-year-old. With nine Tests under his belt, people were beginning to wonder if the sparkling County cricket form would ever carry over to the Test arena.

His bowling in particular has long been thought to be more suited to red ball cricket, but having just engraved his name on the honour board at Lord’s, hopefully those suspicions are distilled.

With Woakes having announced himself as a Test cricketer, let’s have a look at a potential XI Trevor Bayliss could consider for the second Test at Old Trafford.

The captain of the side and as steady a hand as they come in this position, as well as in the field. Undroppable (for now).

Assuming Ian Bell is not in the frame, Alex Hales works well as the Jekyll to Alastair Cook’s Hyde. Not a test batsman yet, but he’s on his way.

England’s best batsman and future captain, and is as safe in the field as the man leading the side now. Undroppable.

The first innings of his recall to test cricket did not go as planned, falling for 6 just 8 balls into his bat. With a run scoring resume as impressive as his is through his first 15 matches, he’s worth persisting with.

Still riding the high of his recent exploits over the last 6 months, Jonny Bairstow’s name will be one of the first written down by Trevor Bayliss when it comes to picking the team for the second test.

With the emergence of Chris Woakes, a question mark immediately gets placed next to the names of all the other all-rounders in the squad. But if Ben Stokes’ 258 against South Africa did not establish him as a legitimate middle-lower order batsman, he probably never will be.

We have seen Moeen Ali bat almost everywhere in the order, from opener to middle order to lower order. I think he is best used in the latter of the three, where there is no pressure on him to build or maintain an innings, and he can focus on what may now be the best asset of his cricket – his spin bowling.

One of three true all-rounders in the side, this lineup gives England options aplenty depending who they face, where they face them and on what pitch they’re playing. In his current form, Chris Woakes may be their best bowler.

While he has not been at his brilliant best lately, it is that very vein of form that is the reason why selectors can never leave the 6 ft 5 right arm quick out of the side.

England’s highest ever wicket taker is edging closer to retirement, but at age 33, is still bowling at an irresistible clip. He lost his race against time to be fit for the first test, but will almost certainly slot in for the second.

Despite taking only 1 wicket at Lord’s so far, Jake Ball has bowled economically, which is important for a quick when not taking wickets. It is this maturity that will likely see him picked ahead of Steve Finn for the next test in Manchester.