It might seem logical to assume that the leading scorer at the most recent Big Bash tournament might be an automatic selection for this year’s T20 World Cup.

Not only did Marcus Stoinis head the batting charts, but his tally of 705 runs also eclipsed the opposition with Alex Hales trailing in second place with 576.

Stoinis can be more than useful with the ball too, but at international level, his stop-start career may have finally come to a halt. 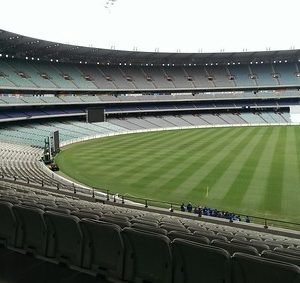 In omitting Marcus Stoinis from Cricket Australia’s central contract list at the end of April, the selectors stated that they were sending out a clear message to the player. Alan Border and Mark Waugh indicated that more was expected from the 30-year-old and a dominant display in the Big Bash wasn’t enough to change their minds.

Stoinis has been a popular IPL pick for a number of years but with little franchise cricket expected between now and the 2020 World Cup, time is running out for the player to get back into the national squad.

This year’s tournament is expected to be one of the most closely contested with a number of teams in with a chance. England’s 50 Over World Champions will be aiming to complete the double while beaten finalists New Zealand are highly fancied in familiar conditions.

Defending champions West Indies can never be ruled out in the shortest form while two teams are edging their way clear at the top. Opening cricket betting markets for the 2020 World Cup show hosts Australia just ahead of India in the battle for the favourites tag and the title could come down to a straight fight between those two.

As Australia go in search of their first T20 World Title, can they afford to leave out a man of Marcus Stoinis’ talent?

Talent and potential are useful assets but at some point they must turn into effective performances on the pitch. Despite his undoubted qualities, Stoinis averages just 15.11 with the bat in T20i cricket with a high score of 33 from 19 games.

His bowling stats aren’t too encouraging either with nine wickets from those 19 matches and an average above 35. Stoinis’ economy rate of 8.32 does stand up in this form of the international game but it’s clear that those numbers aren’t demanding a central contract.

Australia’s selectors have some difficult questions to answer ahead of the tournament and the all-rounder’s spot is just one place currently under scrutiny. Glenn Maxwell can also be a frustrating player at times but ‘the big show’ has far better statistics than Stoinis in an Australian shirt.

A career best of 145 against Sri Lanka in 2016 shows that while he can be inconsistent, Maxwell can be devastating at this level and that’s something that Stoinis has yet to prove. Squads will be confirmed in due course, but at this stage it seems that Australia have room for just one enigmatic all-rounder in the build-up to the 2020 World Cup.