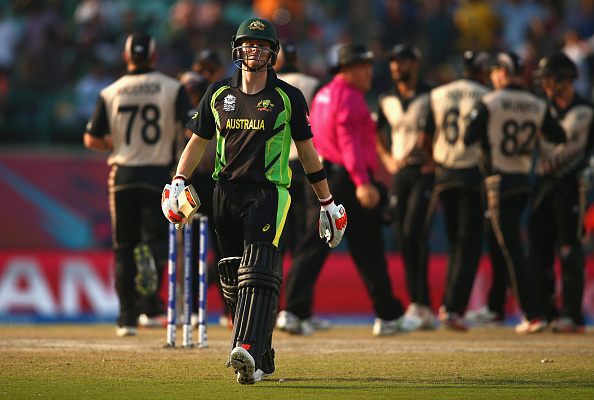 Despite travelling to India with very real aspirations of winning the 2016 WorldT20, the Australian cricket team will return home still having yet to win the short form tournament.

Following a hugely successful Big Bash tournament, and on the back of a World Cup win in the 50 over format, hopes were high that 2016 would be the year the drought broke, however it was not to be.

Without trying to be overly negative, we now look to some of the possible reasons that may help us decide what went wrong.

Australia only played six T20 games in the lead up to the competition. Three home fixtures against India, and three games against South Africa, in South Africa.

I fully admit to being one of those old-time fans who prefers the test and one-day formats to the T20 set up, however the fact that Australia played a five match one-day series against India, yet only three T20 games seems strange.

We also completed a tour of New Zealand without playing a single T20 contest against them, despite the fact that the sides would meet in the World Cup.

Perhaps both sides wanted to keep their players foreign from the opposition, however Australia and India has no such problems just a month earlier.

The question really has to be asked why the national side was not booked to partake in a series of T20 internationals building up to the tournament.

Neither Travis Head nor Chris Lynn were on the plane to India, despite dominating the Big Bash tournament. Chris Lynn top scored while Head finished fifth on the run scoring charts.

Clint McKay, who took five more wickets than any other Australian bowler, wasn’t even in the discussion, while Ben Laughlin was also overlooked.

Incredibly Aaron Finch, Australia’s best T20 batsman, was overlooked for the opening game in favour of Agar, presumably due to the latter’s bowling abilities.

Agar, who only bowled nine overs across eight Big Bash games, was belted out of the attack in his very first over and didn’t feature again.

David Warner, despite batting out of his preferred opening position, had a horror tournament. His score of six against India summed up his tournament. When he was needed, a rash decision cost him his wicket and Australia one of their strike weapons.

His top score of the tournament was 17, and came against Bangladesh. His scores of nine, six and six are extremely disappointing for a man who can take games away from opposition sides in a matter of overs.

Steve Smith’s 61 against Pakistan was a match winning knock, but his 22 runs combined in the other three fixtures were not what was expected.

Too Many All Rounders

Having a host of all-rounders in a side can be the greatest blessing, or can really hold you back, depending on form, conditions and the player in question.

Shane Watson, James Faulkner and Glenn Maxwell would not look out of place in any T20 side in the world, but did Australia overlook specialist batsman for all-rounders?

I believe this was certainly the case against New Zealand, when as mentioned before Aaron Finch was left out.

Australia played with only three specialist batsman in Khawaja, Smith and Warner.

Zampa was the only specialist bowler chosen.

Although I’d argue that Coulter-Nile and Faulkner are bowling all-rounders, the dependence on Marsh, Watson, Maxwell and Agar to score runs backfired.

Finch, who can also bowl, was left out, while surely a specialist quick was the way to go.

Selectors did learn from this and brought in Hazlewood and Finch later in the tournament.

Unfortunately the Aussies, again, ran into the batting juggernaut that is Virat Kohli whose 82 off 51 deliveries took the game away from them in what was essentially a quarter final.

Sometimes no matter how well you bowl, players of Kohli’s ability are just too good on the day.

Poor form within your top order batsman is never a good thing, but the timing could not have been any worse for those with T20 hopes.

Simply put, Australia did not score enough runs to qualify for the semi-finals.

It would be near criminal to place blame on likes of Warner and Smith who have been Australia’s two best batsman for the past few years.

The selectors got it wrong against New Zealand, and being that India were in our group, it was always going to be an uphill battle to qualify from there.

It’s tough to blame one factor, but I think if we could have it all over again, there would have been more international T20’s played in the lead up to allow selectors to correctly balance the side, and for players to find form.