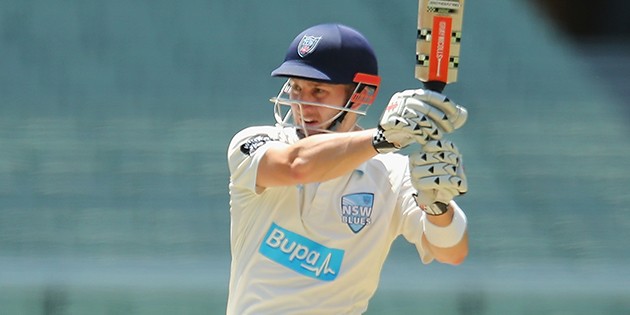 Find out all you need to know about new Australian wicketkeeper, Peter Nevill.

29-year-old Nevill was born in Victoria, however, after struggling to break into the state side, moved to NSW for further opportunity in 2008, when Brad Haddin became Australia's wicketkeeper following the retirement of Adam Gilchrist.

Nevill has also been included in the NSW side as a specialist batsman when Haddin has been back playing for his state, such has been Nevill's prowess with the bat.

He averaged 51.81 during the 2011-12 Sheffield Shield season and earned a call up to the Australian Test squad for the 2012 tour of the West Indies as back up for Matthew Wade, before an outstanding record last season, in which he won the NSW player of the year, scoring 764 runs at an average of 76, earning him call up to Australia's touring party as the back up keeper to Brad Haddin for the tour of the West Indies and England this year.

However, Nevill's road to his first Baggy Green Cap has been far from smooth sailing, as he almost walked away from the game completely after struggling to even break into the Blues' second XI early in his career at NSW. He even came very close to putting the plans in place to setting up his own bar in Thailand with teammate Stephen O'Keefe.

“We were both looking at the classifieds for our life after cricket,” O’Keefe told News Corp.

“We even considered buying a shop over in Thailand and living over there for the rest of our lives. Thought it’d be an easy life, save up our last match payment we had and forget the world. It seemed like a pretty good option at the time.

“Thankfully for Australian cricket he didn’t and that’s the nature of professional sport, you never know what’s around the corner. He scored a hundred that next season against South Australia and never looked back."

Nevill is also a heavy metal tragic and always ensures he brings his electric guitar on tour with him anywhere he goes.

The former Victorian, captained a Cricket Australia invitational XI during England's Ashes tour of 2013-14 and made his Sheffield Shield captaincy debut in the same season.

We can only hope that he carries his form from last season into the second Test at Lord's.