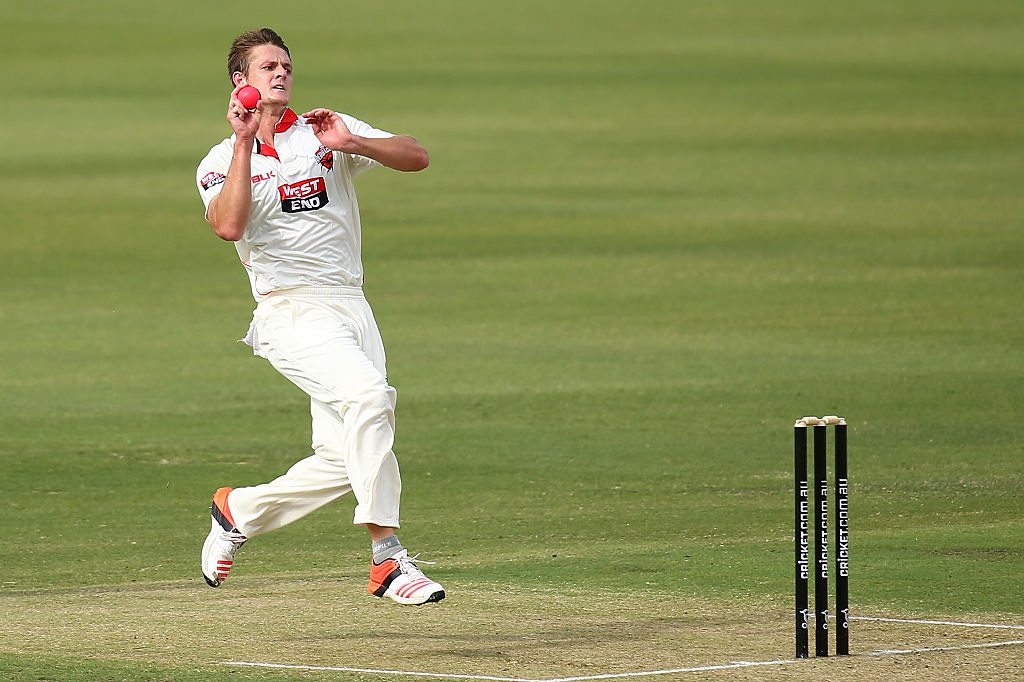 South Australian fast bowler Joe Mennie was considered as somewhat of a surprise call up to the Australian team, however given Mennie's recent performances it's hard to argue with the decision.

Not only was Mennie in form in Shield cricket, but the paceman dominated Australia A's two match series against South Africa A in Townsville.

He claimed two five-wicket hauls over the Tests, and finished with 12 wickets at an average of 12.25, which was a series best.

This won't be the first time he's represented Australia before, but Mennie's first experience was one he would rather forget.

Figures of 0-82 off 10 overs meant he statistically recorded the worst numbers of an Australian bowler on debut, as South Africa smashed Australia by 142 runs in the fourth ODI last month.

While Mennie isn't renowned for his pace, his accuracy is one of his biggest strengths.

“If you’re not express, there’s no point trying to be express,” Mennie told Cricinfo earlier this year.

“That’s probably not me. I’m probably never going to be pushing the 140s, 145s. Some of the other blokes do, but I’ve just got to recognise my role and be happy with that, and go out and perform.”

“He bashes the wicket really hard. And he very rarely bowls a bad ball. He’s quite skilful with a new ball, he can reverse swing the old ball, and when the wickets are flat he finds ways to compete and get in the contest,” Rob Cassell, South Australia's batting coach told Fox Sports.