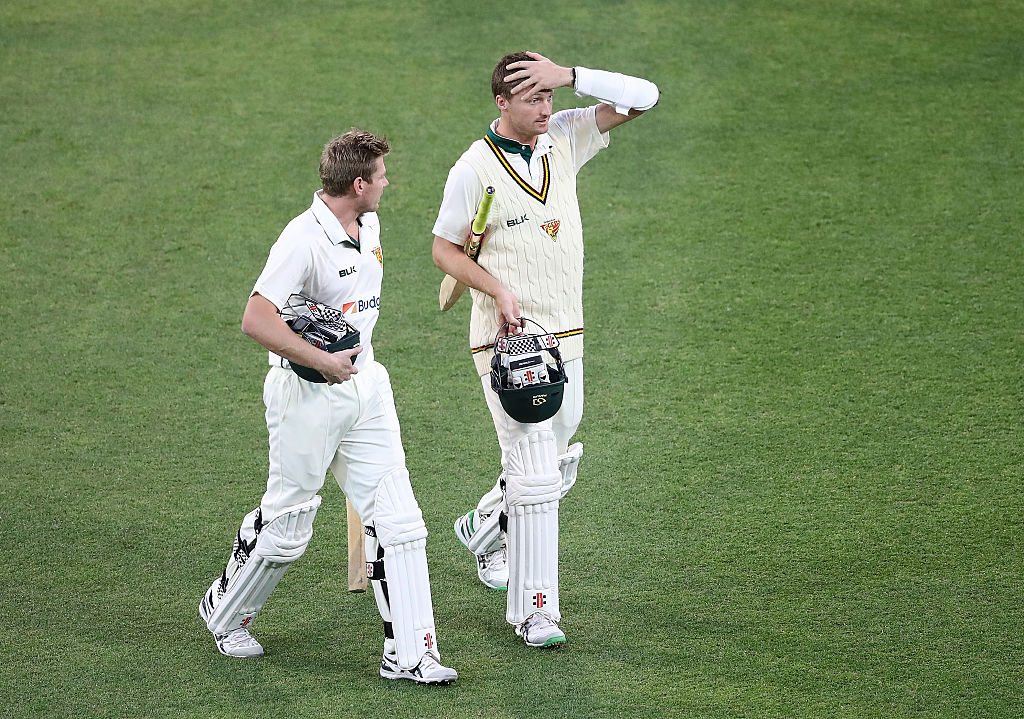 As Australia look to take control on day two of their Test match against South Africa at the WACA, the opening day of the second round of Sheffield Shield action has begun with some amazing scorelines.

All six states are doing battle, with two sides already being dismissed inside 50 overs.

Tasmania were bowled for a measly 98 against South Australia, as Chadd Sayers took impressive figures of 6/32 for the Redbacks.

Joe Mennie, the 12th man for the Australia Test side, also had great figures of 2/16 off 13 overs, as only four Tigers batsmen managed to make double figures.

Queensland didn't do much better during their first innings against Victoria, as the Bulls crumbled for 137.

They were 4/11 at one stage before Sam Heazlett came in to settle the nerves with a decent 51, but he was the only one that put up a decent fight as Jon Holland led the Bushrangers attack with 4/32.

Western Australia are hanging on in their Shield match against New South Wales, with the visitors currently at 6/106 after 56 overs.

Hilton Cartwright remains as the only danger to the Blues' bowling line up, as he's currently sitting on 36* alongside Ashton Turner on 2*.

William Somerville has figures of 3/18 and leads all NSW bowlers, in what is turning out to be an unbelievable day of first-class cricket around Australia.