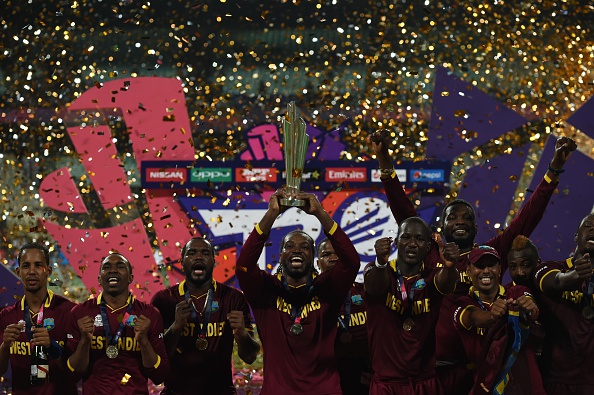 Carlos Brathwaite has smashed four sixes in the final over to give the West Indies a stunning win over England in the WorldT20 final.

Needing 19 runs off the final over to win, Brathwaite blasted four sixes in a row off Ben Stokes, to deliver his side its second WorldT20 triumph.

Stokes was inconsolable after the match, as the Windies players raced onto the field and mobbed the hero of the final over.

In reply, the Windiers looked to be trouble early, losing three wickets in the opening three overs, to be 3-11. Man of the match Marlon Samuels then began his onslaught, but struggled to keep partners at the other end, with Simmons (0), Russell (1) and Sammy (2) all falling cheaply, while Bravo scored 25.

Brathwaite then came to the crease with the West indies needing 49 runs from four and a half overs.