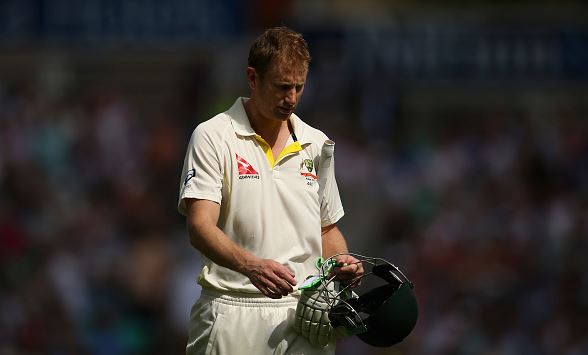 On September 14th, the Australian Test squad to play two Tests in Bangladesh was announced.

As always, there were plenty of winners and losers from the announcement and a few more this time around with a surprising selection or two.

Without further ado, here is a miniature review of the immediate winners and losers from the Test squad announcement.

Not for a minute am I suggesting that Adam Voges is lucky to have been selected – he is certainly in my best XI. But am I surprised? Somewhat.

It seems that at his age (35), the West Australian is already nearing the end of his unfortunately short Test career, as unjust as that may be.

Even with one ton already to his name from seven test matches and an average of 46, no one from the commentary team during The Ashes had him included in their squad to tour Bangladesh. Instead preferring younger names on the scene.

With this in mind, it is a pleasant surprise to see Voges still included, especially against a nation like Bangladesh, where the selectors have once again proven they are keen to try new things.

Although it may now be a pipe dream, Aaron Finch has once again missed out on a massive opportunity for Test selection.

With Dave Warner recovering from a fractured thumb, Australia is noticeably lacking a powerful batsman with an ability to get keyed in and make a score quickly.

With an ODI average of almost 37, and with six tons to his name, it seemed like Finch would be the perfect stand-in for Warner.

Alas, it was not to be, with the selectors opting to call up Usman Khawaja and Cameron Bancroft to the squad and stick with Joe Burns, despite paltry scores of late.

Whilst all is not lost for Finch's’ Test career, it is another blow to what could have been something beautiful.

Despite leading the Sheffield Shield in fast bowling at an average of 24 and subsequently being named Tasmania's player of the season, everyone was still somewhat shocked to hear Feketes’ name called for Test selection.

Despite all the accolades during the last Shield season, the doubters still do have their worth – he’s 30 years old and has played only 18 Shield games.

Considering the myriad of talent available to Australia in the fast bowling department, it was thought that the selectors would go with someone younger against one of the smaller nations.

All credit to Fekete though, he has bowled well of late and has a good ability to bowl reverse swing. Let’s hope he can use it to find out a few Bangladeshi batsmen.

Right now, Nathan Coulter-Nile would be wondering which tall building he has to leap to play even one Test.

Since he stepped on to the scene with WA in 2009, he has impressed, earning himself 11 International T20 call ups and 13 ODIs, with bowling averages of 22 and 26.5 respectively.

While his batting stats are not nearly as impressive, he is well known for being able to wag the tail in the shorter forms of the game, hitting one of the biggest sixes ever seen at the ‘Gabba during the BBL a few seasons ago.

For the man national selector John Inverarity described as “one of the three or four best fieldsmen in Australia”, it is surprising he has not yet worn the baggy green.

This time out in Bangladesh would not have been a bad place for him to start. But again, it was not to be.