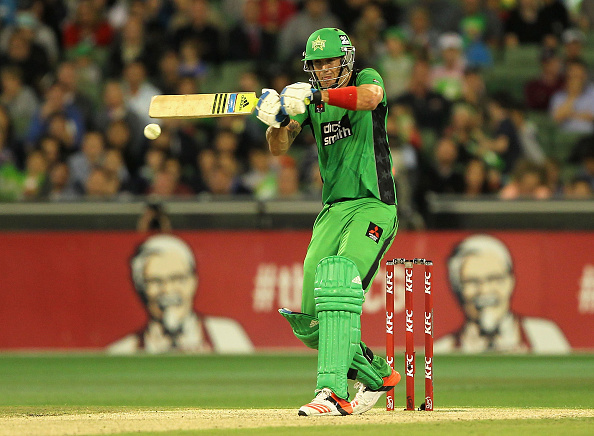 One week of the annual Big Bash League has passed, and with crowd numbers and TV ratings through the roof, there is no denying that like it or not, the Big Bash is here to stay.

Crowd and television averages hit 22,000 and one million respectively over the weekend, both record marks for the competition, which is in its fifth year since the competition's launch.

So it seems like a lot has gone right for the league and for Cricket Australia over the past few weeks, but has anything gone wrong? Let’s investigate.

Let’s start off on the pitch, and a clear winner thus far has been the new pride of Western Sydney, the Sydney Thunder.

The men in lime green are leading the competition thus far, winning both matches against the Melbourne Stars, and their cross-town rivals, the Sydney Sixers.

Whilst mostly viewed as a young man’s game, Mike Hussey has proven invaluable to his team so far, providing both batting excellence and experienced leadership.

The Brisbane Heat looked in pretty good knick in the off-season, signing up Brendan McCullum to an already impressive on-paper lineup.

However, even without considering the pullout of McCullum from the tournament, Brisbane have failed to impress, going down to the Melbourne Renegades and Hobart Hurricanes in their first two outings.

Chris Lynn’s introduction to captaincy has proved to be a baptism of fire, and hopefully for him his side can get off the mark against the Perth Scorchers on Boxing Day.

There is no doubt Cricket Australia is coming up as one of the biggest off-field winners of the newfound success of the BBL, and with the broadcasting deal expiring in 2018, a massive upgrade will be on the cards.

Records in all departments of viewership and fandom are a credit to the smarts of a re-launch of the national t20 competition that was taken five years ago.

The introduction of the Womens Big Bash League can also not be overlooked, smashing some surprised opponents in the sports TV ratings. It’s beginning to look like a fine time for cricket in Australia.

It’s been mooted time and time again this summer, but the combination of a lackluster test series and a peaking Big Bash competition spells bad news for test cricket.

It may indeed come to a time where it is necessary to have separate test and club windows, and that time may even be now. Either way, one form is on the rise in popularity and the other is not.

Test is still the world-leading form of cricket, but one wonders whether things need to change to keep it that way.

It seems petty to have a dig at another far less popular sport in a cricket article, but it’s undeniable that the A-League is a big loser in all the hoopla around the BBL.

Over the weekend the national football competition found itself below even the Womens Big Bash in the TV ratings, perhaps relegating it to third most popular summer sporting competition behind crickets’ two T20 leagues.

Just a couple of years ago, the A-League were king of summer nights. It seems all the negative press of late and fan walkouts has done the league a lot less good than bad.

However, there can only be one big winner, and there’s no doubt that’s the fans.

They’re constantly packing the stadiums this year, young and old, both new-age cricket fan and die-hard purist, and it’s great to see.

This writer was one of the 20,000 through the gate to see the Sydney Sixers take on the Hobart Hurricanes, and despite admittedly being a purist and lover of test, will be back to see the Sixers play the Stars on the 27th.