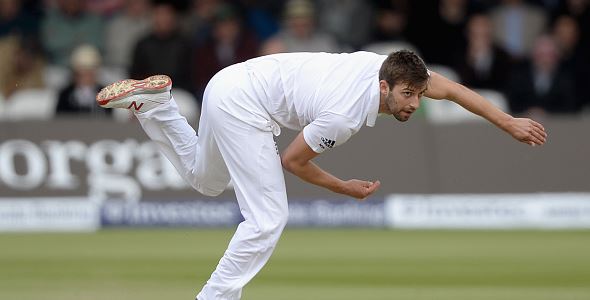 England fast bowler Mark Wood has been named for the fourth Test after overcoming an ankle injury.

Wood was replaced by Steven Finn for the third Test after the injury forced him out of the England XI.

However, James Anderson's side strain means that Wood will be recalled.

"Everything he's been asked to do, he's come through with flying colours."

It is the only change that Enlgand will make to its side after destroying Australia at Edgbaston.

There is no news on the make up of Australia's XI, which will be revealed at the toss of the coin, with Adam Voges under severe pressure from Shaun Marsh to keep his spot.