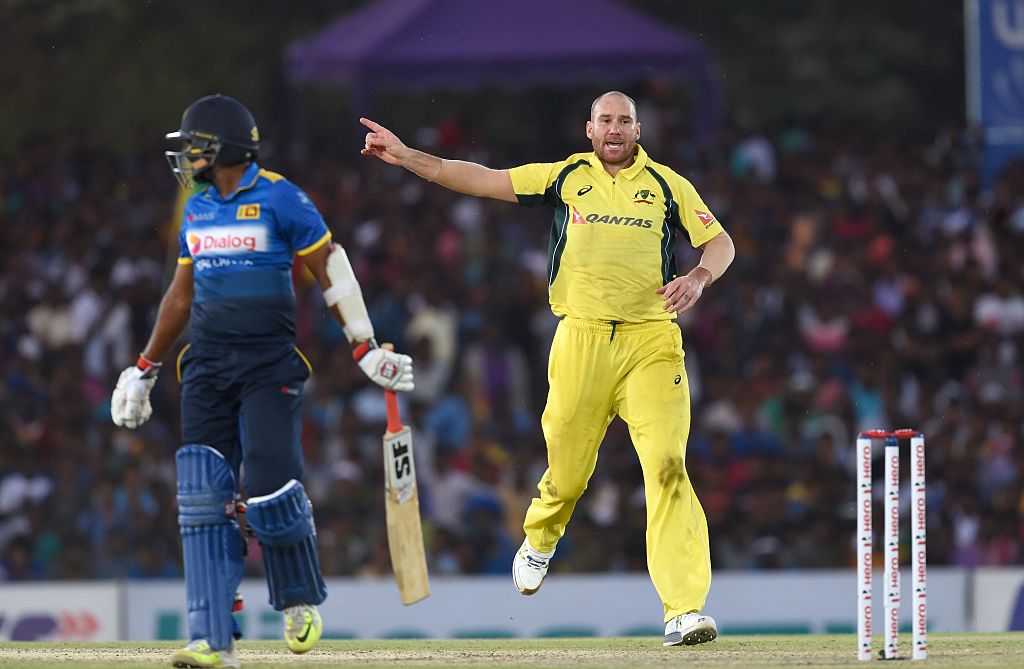 As the world's most prolific ODI bowler in 2016, paceman John Hastings is quite annoyed on missing out of Australia's ODI side to host New Zealand next month.

Hastings has taken 29 wickets in 15 ODI matches this year at an average of 24, and is equal with England's Adil Rashad at the top of the wicket-taking charts.

The 31-year-old was "shocked" by his omission, and was quick to play down any discussions about his match fitness.

"I was very disappointed. I was initially pretty shocked to be honest," Hastings said.

"I thought my performances over the last 12 months have stacked up and in my mind I'm 100 per cent fit.

"I know I haven't played a lot of cricket but five-and-a-half months without playing cricket and going over to Sri Lanka without playing a game (and performing well), it didn't really stack up for me.

"I've taken the most one-day international wickets in the world this year so obviously I'm disappointed not to be there.

"But if they think those guys can do a better job, that's fair enough. I can cop that.

"I've just got to go back and try and prove people wrong again."

The omission means Hastings won't play another limited overs game until Boxing Day, when the Melbourne Stars kick off their Big Bash League season against the Hurricanes in Hobart.

Hastings has been named in Victoria's Sheffield Shield squad to face South Australia this weekend, although with the Bushrangers currently on top of the table it may be hard for Hastings to force his way back into the line-up.

"I don't really have a vessel to get back into that side," he said.

"Obviously the Matador Cup has gone and my next white ball game will be on Boxing Day.

"Hopefully I get a game in the Sheffield Shield and that's all I can do.

"Trevor Hohns rang me and we had a conversation about not being in the side. He obviously communicated what's going to happen in the future as well and that I'm still in their thoughts.

"They just said I hadn't been playing much and the big boys were back. So that's all I can take.

"If I can play some good cricket for Victoria and if there's a couple of injuries maybe I'll get another chance, maybe I won't. Who knows?

"But I'll be doing everything I possibly can as always to get back into that Australian side."

With the decision already made, Hastings knows there's nothing he can do now, and instead must focus on what he can do at state level to be selected for Australia next time around.

"There's obviously the initial disappointment and you can take that. But moving forward you've got to put that aside and go out and perform.

"There's no point in kicking cans around and having your head down.

"You've got to go back out there and show that you want to play for Victoria and want to play in that Australian team."