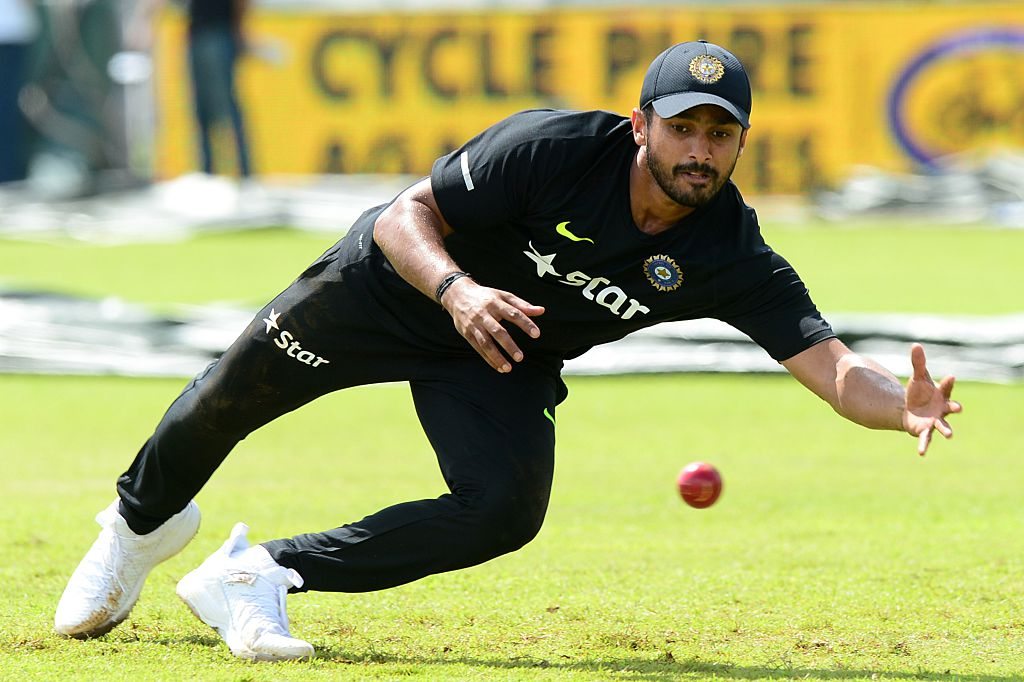 In just his third Test, 25-year-old Karun Nair became the second Indian to score a triple century, as his unbeaten 303 led the home side to their highest run total in history.

Nair's 303* from 381 saw India make a grand total of 7-759 before declaring late on day four, as they sent England in to bat for the final five overs in the hope of snaring a quick wicket.

Nair began day four on just 71 runs before going on to smash 232 alongside various partners, as the wicket has clearly supported batsman all Test long, with just 17 wickets taken over the first four days.

His triple century sees him join Virender Sehwag as the only Indians to ever achieve the feat, while also becoming just the third player in history alongside West Indian Sir Garfield Sobers and Australian Bob Simpson in turning maiden Test century's into triple hundreds.

The visitors now need to hold on to the draw, as they currently sit 270 runs behind with 10 wickets in hand, as the hosts will be looking to win the final Test to make it a 4-0 win in the series.

What was more remarkable about Nair innings, was the fact that the right-hander made scores of just four and 13 in his first two matches, and only made his debut in the third Test due to an injury suffered by Lokesh Rahul.

"This is the most amazing moment of my career and I hope I can just go on," Nair said.

"There were obviously some nerves [when I was approaching the century milestones], but one can't get too negative. One just has to watch the ball and get over the moment.

"A 300 was never on my mind because once I crossed 250, the team management had certain plans to go after the bowling before declaring.

"Within the space of five overs I got to 285 and that is the time I thought of getting to 300. The idea was to make hay while the sun shone."