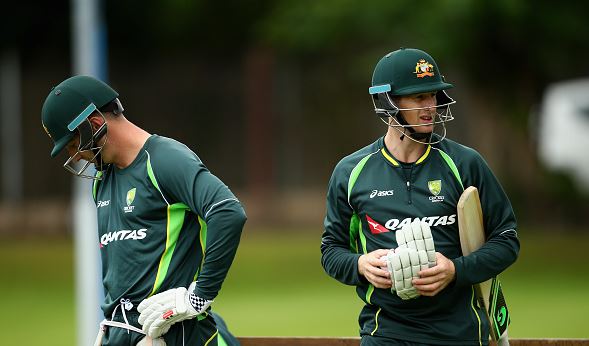 Australia need to make changes for tonight's fourth test, namely Marsh should be picked and Clarke should bat at number five.

Several of the middle order batsmen have struggled this series, with the likes of Michael Clarke and Adam Voges in particular coming under fire for their poor form.

After bursting onto the international scene with a brilliant 130 against the West Indies, Voges has failed to pass 50 since, making a high score of only 31 this Ashes series.

The in-form Shaun Marsh should come into the side after making a century in each of the tour games since arriving in the UK last month. However, the dilemma will be where Marsh fits into the side. Marsh is a natural opener and has scored the bulk of his first class runs at the top of the order. Australia's top order is set in concrete though, with Warner and Rogers now having a solid opening partnership.

Marsh should still be included at the expense of Voges, but hopefully he can deliver in the middle order, at probably No. 4 or No. 5.

Clarke is the captain of the side and has a proven record as a big run scorer and is in no danger of being dropped, nor should he be. Calls for Clarke to retire are also premature, with the 34-year-old still having plenty to offer.

However, he has definitely struggled this year. Over the past 12 months, Clarke has averaged 28.07 with the bat and he has only averaged 18.80 so far this Ashes series. His form slump can be fixed however, with a move down the order to number five. Clarke averages 61.83 batting at No. 5, compared to just 30.89 batting at No. 4.

Clarke has also averaged just 28.07 over the past 12 months, the third lowest of any top five Test batsman in the world. There's no doubt he needs to find some runs or his Test career could end sooner than he hops and dropping him down to No. 5 in the batting order should help.

Nevill should keep his spot after showing promising enough form to demonstrate that he will be a good player in the future for Australia.

Reports from England suggest that Australia will go with the same bowling attack, but question marks remain over the erratic nature of the attack.

Peter Siddle's consistent line and length would be handy in the current Australian attack.

It's harsh, but perhaps Mitchell Starc just isn't good enough for the Test arena. His ODI bowling is unquestionable and while his red ball form has improved, it's not as good as it should be. Out of all bowlers who have bowled five overs or more this series, Starc has the second worst economy rate behind only Joe Root. He has taken the equal second most wickets for the series with 12, behind only Josh Hazlewood, but his form at Edgbaston was too inconsistent.

With Johnson and Hazlewood both having the tall, fast paceman area covered, Siddle could be the perfect compliment to the attack. Very unlikely to happen, but it is food for thought for the selectors.