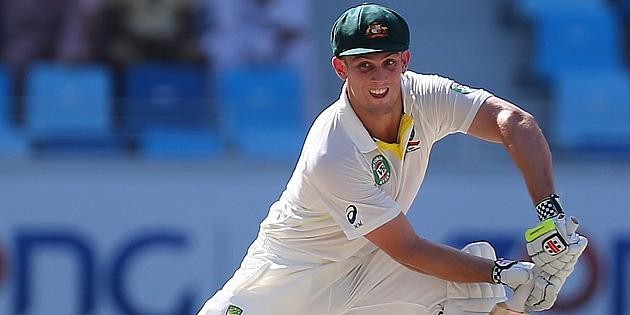 After a big loss, there are always calls for change and Australia indeed need to make some changes to the team that lost the first Test by 169 runs.

Some big name players need to make way for the future and the older guys cannot simply get by on previous results.

Mitchell Marsh must come into the side for Shane Watson. MUST! Marsh scored back to back centuries in the lead up games against Kent and Essex and was in great touch.

Watson was arguably been included in the series due to his ability to bowl handy medium pace as well as bat. However, he hardly bowled in the first Test, making his place in the team effectively irrelevant. Watson has an average of 35.19, with four centuries and 24 half centuries in 109 innings as a Test batsman, which is simply not a good enough return.

This second switch is perhaps from left field, but Brad Haddin's form also warrants questions. It is definitely a risk, dropping Haddin as he is a brilliant wicket keeper, despite his obvious dropped catch that cost Australia dearly in the first test, he is still a world class keeper. However, Australia should be prepared to go without his keeping skills in search of more runs, as Haddin's recent record with the bat has been deplorable.

Fellow New South Welshmen Peter Nevill is ready to take his spot if called upon and would be a fantastic replacement. Haddin averages 32.99 with the bat at test level, but even more damning is his record over the past 12 months. He averaged just 17 with the bat in Test cricket in 2014 and his past 10 innings have yielded just 174 runs, for an average of 21.75. It is not a move the selectors are likely to make, but a high risk high reward approach may just work. Nevill averages 44 with the bat at first class level and has scored six centuries and 16 50s in 87 innings.

If Mitchell Starc is ruled out with an ankle injury, then Peter Siddle should come into the side. Yes, Pat Cumins is also there as a replacement, and he will no doubt develop into a brilliant bowler for Australia. However, Peter Siddle will add a good length consistency that lacked in the first innings with Starc and Johnson in particular proving too inconsistent.