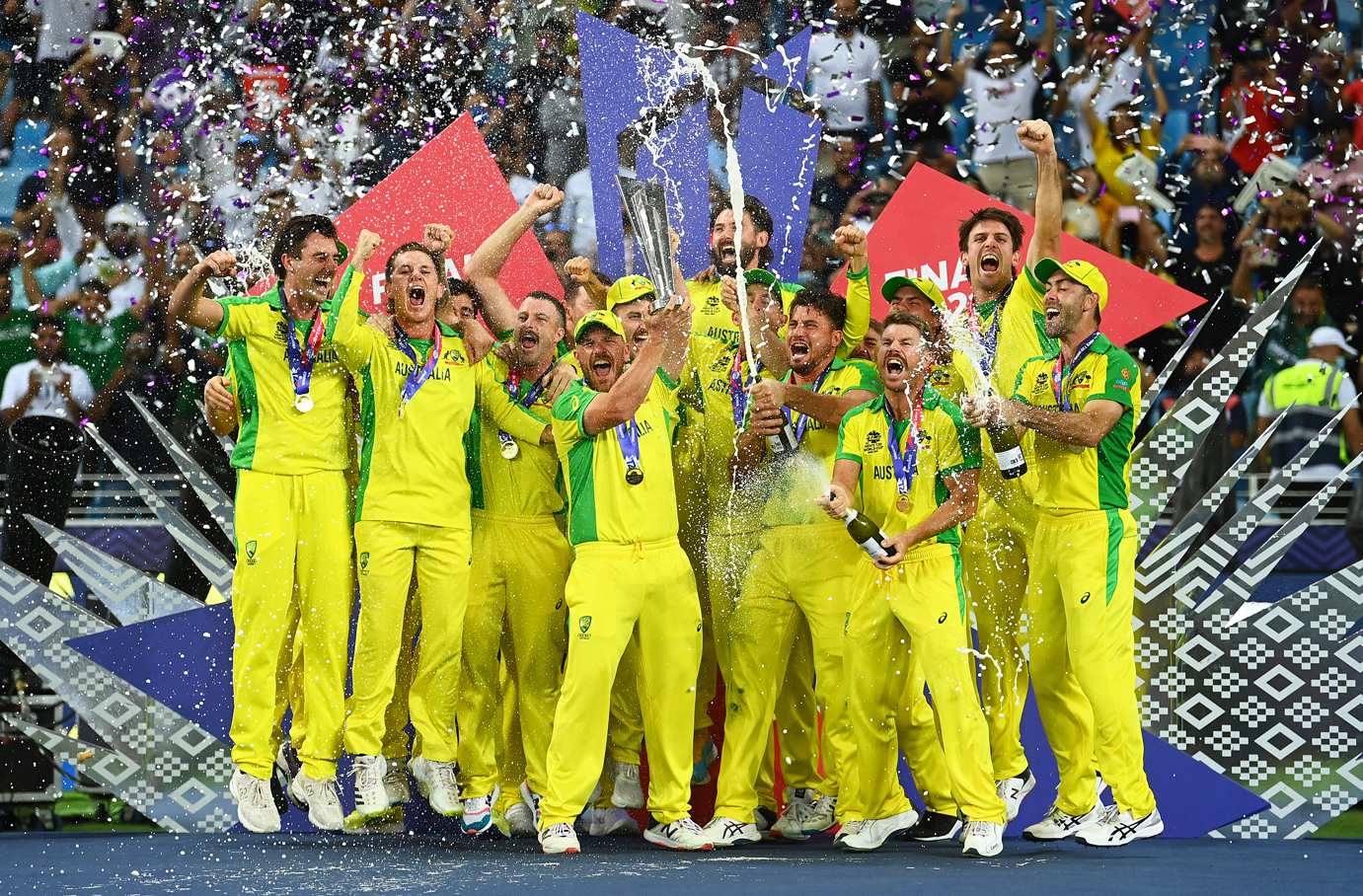 Blink and you'll miss it.

The ICC T20 World Cup has come and gone, with many stars announcing themselves on the world stage.

<em>Zero Wicket</em> have taken the liberty of picking our team of the tournament. have had a look at our very own Team of the Tournament.

England’s A.B. de Villiers, Jos Buttler, lit the tournament on fire. His importance to England’s hopes was noticeable in his 71 run, 32 ball obliteration of Australia.

Buttler decimated the World Cup winning attack and was the only batter to get on top of Adam Zampa, taking him for 21 off nine balls. Buttler also showed his ability to control the innings when he navigated the dangerous Wanindu Hasaranga, on his way to the slowest T20I 50 of his career, he then accelerated after, hitting his next 50 off his next 22 balls.

‘…many critics should tread with caution doubting Warner’s skill on the big stage after he responded in the 2019 ODI World Cup in England, with 647 runs and three centuries…’ this statement was from my World Cup preview.

There was no doubt in my mind Warner would use the negativity from his IPL sacking to produce results. Without him, Australia would not have won the final.

His 89 not out against the West Indies was scintillating, his 49 off 30 balls in the semi-final against Pakistan was dazzling and his brutal 53 in the final proved Warner is the man for the big stage.

Undoubtedly the most dominant T20 batsman in the world. Babar Azam peels off half-centuries for fun, in fact, since 2019 Babar has hit 4693 runs at 52.14 with six centuries and 43 half-centuries from 108 innings.

The leading run-scorer in the World Cup with 303 runs at 60.60, Babar’s unbeaten 68 off 52 balls in their 10-wicket win over India will be remembered for years to come. In their 200th International match against each other, It was Pakistan's first win against their neighbors in 13 World Cup matches.

The phoenix rises from the ashes. The much-maligned Mitchell Marsh’s World Cup final heroics will go down in history. Since moving up the order to number three in 2021 the all-rounder has made 549 runs from 14 matches at 45.75, including six half-centuries.

Marsh stepped up in the final, smoking his first ball over the square-leg fence for a monstrous six.

With past struggles against spin bowling, Marsh was hell-bent on changing the narrative, slog-sweeping Mitchell Santner in the seventh over for six. Marsh was named Man-of-the-Match, joining the likes of Shahid Afridi, Marlon Samuels and Kumar Sangakkara.

Charith Asalanka announced himself to the world in the 2021 World Cup. His strike-rate of 147.13 at the top of the order gave Sri Lanka a platform in almost every game.

His 80 not out off 49 balls against Bangladesh included five brutal sixes and his 68 off 41 balls against the star-studded West Indies outfit will give the 24-year-old tons of confidence in future years. Remember this name.

Najibullah Zadran personifies Afghanistan’s six-hitting approach. His 103m bomb against Scotland was the largest of the tournament.

Zadran's 73 off 48 balls batting down the order was noticeable in Afghanistan’s first innings score of 124 against the successful New Zealand bowling attack. Coming in with his side 3-19 off 5.1 overs, Zadran hit 73 of the next 100 runs to keep the Afghans in the game.

David Wiese played a big part in Namibia's feel-good World Cup story. The former South African international was dominant with the bat in the middle for his new adopted country. Namibia with a population of 2.5 million punched above their weight throughout the tournament. Wiese whose feats batting in chases are legendary in the PSL gave the Namibians a steady platform throughout the tournament.

The leading wicket-taker for the tournament Wanindu Hasaranga was an unstoppable force. Taking wickets for fun, his googly was virtually unplayable taking 15 of his 16 wickets. Hasaranga was dominant against some of the leading countries, taking 2/22 against Australia, 3/20 against South Africa including a memorable hat-trick and 3/21 against England.

Wanindu Hasaranga’s brilliant hat-trick against South Africa has been voted as the @nissan #POTD for Day 14 of the ICC Men’s #T20WorldCup 2021 🔥 pic.twitter.com/ZzerUmK9ad

Joining Hasaranga as a two-prong leggie attack, Adam Zampa was the pick of the bowlers during the Super 12s and proved himself as a match-winner.

Zampa bowled Australia to victory against Bangladesh, taking 5/19 and just missed out on a memorable hat-trick. Zampa kept all the star batters quiet during the tournament going at 5.81 an over and bowled 68 dots-balls from his 27-overs.

A constant menace all tournament, Trent Boult is aging like fine wine. Equal with Adam Zampa for wickets during the Super 12s, the left-armer went at an economy of 6.25, bowling with the new ball and at the death.

Boult’s cross-seam deliveries showcased his ability to do damage when the ball loses its swing and was called on by Kane Williamson to bowl in different stages for the Kiwis.

Hazlewood’s preparation in the IPL before the World Cup was evident when Australia needed him most. The big ‘Hoff’ used the knuckle ball to devastating effect during the power-play (he took the most power-play wickets) and proved to the doubters that you could still bowl a Test match line and length in T20s.

If you remove Hazlewood’s expensive figures of 0/49 off four overs against Pakistan in the semi-final he would of finished with 11 wickets at 11.45 for the entire tournament.

Unlucky to be selected as 12th man, Mohammad Rizwan finished third on the leader board with 281 runs at a hefty average of 70.25. His score of 75 in the semi final against Australia was a monumental effort considering he spent two nights in ICU before the game with a severe chest infection. The man is super-human.