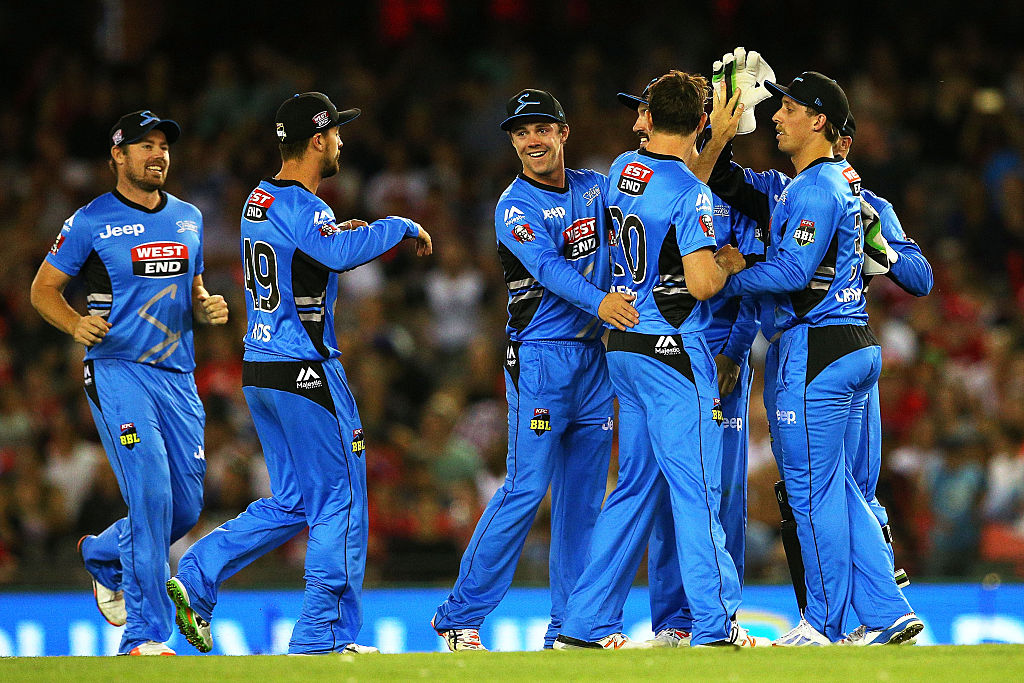 Adelaide took the regular season by storm during BBL05, losing just one game to finish the competition in first spot with a 7-1 record.

Unfortunately for the Strikers they came up against the Sydney Thunder -who were the only side to beat them during the season - in the semi-finals, and lost by eight wickets as Adelaide crumbled to a swift exit.

One of the biggest reasons of Adelaide's success last season was their batting depth, and having retained most of their top order as well as adding youth to it, the Strikers may be one of the deepest teams in the competition.

Led by captain Brad Hodge, Alex Carey, Jono Dean, Ben Dunk, Travis Head, Jake Lehmann, Tim Ludeman and Jake Weatherald are all more than competent batsman, meaning that injured/unavailable players will be replaced by guys who are as good if not better.

Adelaide's bowling stocks aren't too bad either, as you only have to look as far as Ben Laughlin for talent, as the 34-year-old has taken the most wickets (60) in Big Bash history.

It's tough to say a team who won seven of eight games during the season last campaign could be falling behind the pack already ahead of BBL06, but unfortunately for Adelaide it looks as though that may be the case.

The next four teams that finished below the Strikers last season (Stars, Scorchers, Thunder, Renegades) have all strengthened their line-up while the Strikers have mainly just plugged the holes of those who left.

While Ben Dunk and Chris Jordan are big inclusions, the loss of Alex Ross and Adil Rashad will hurt Adelaide, and the lack of a big star player may just come back to bite the Strikers as the season wears on.

The big West Indian hasn't been able to feature much for Adelaide since signing for the Strikers in 2013, but this year looks to be Pollard's season.

Injuries and international duty has kept Pollard mostly away from the Big Bash League, but as the all-rounder gets set to play in BBL06 neither of those obstacles look set to trouble the 29-year-old.

Despite not playing much T20 cricket in Australia, Pollard is a veteran of the game, making over 330 appearances in the shortest format.

A batting average of 31.13 to go along with 225 wickets at 23.60 makes Pollard a nightmare for opposing sides, and given the natural flair of Pollard, he may well be one of the most exciting players to watch this season.

For a side to go from 1st to missing out on the finals the following season is a big fall from grace, but for this Strikers side it could be the path they go down during BBL06.

As pointed out above, four sides from last season have gotten stronger by some margin, while Adelaide haven't really added a lot to their existing squad.