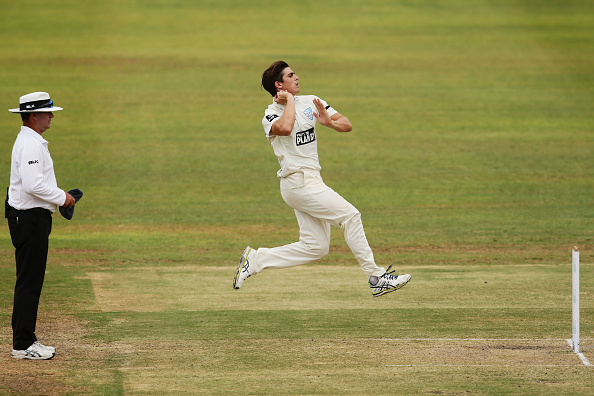 Paceman Sean Abbott will miss at least a month of cricket due to an ankle injury.

Abbott went down during the final delivery of the National Performance Squad's victory over Australia A on Tuesday night, after a ball struck the 24-year-old's ankle.

The injury will sideline Abbott for the remainder of the tournament between Australia A, the National Performance Squad, India A and South Africa A.

"Sean was struck during Tuesday's match and suffered some damage to the ankle bone," team physio Stephen Timms said.

"Sean will undergo further scans in Sydney to assess the full extent of the damage and treatment required."

The NPS play their next match against India on Sunday in Townsville.