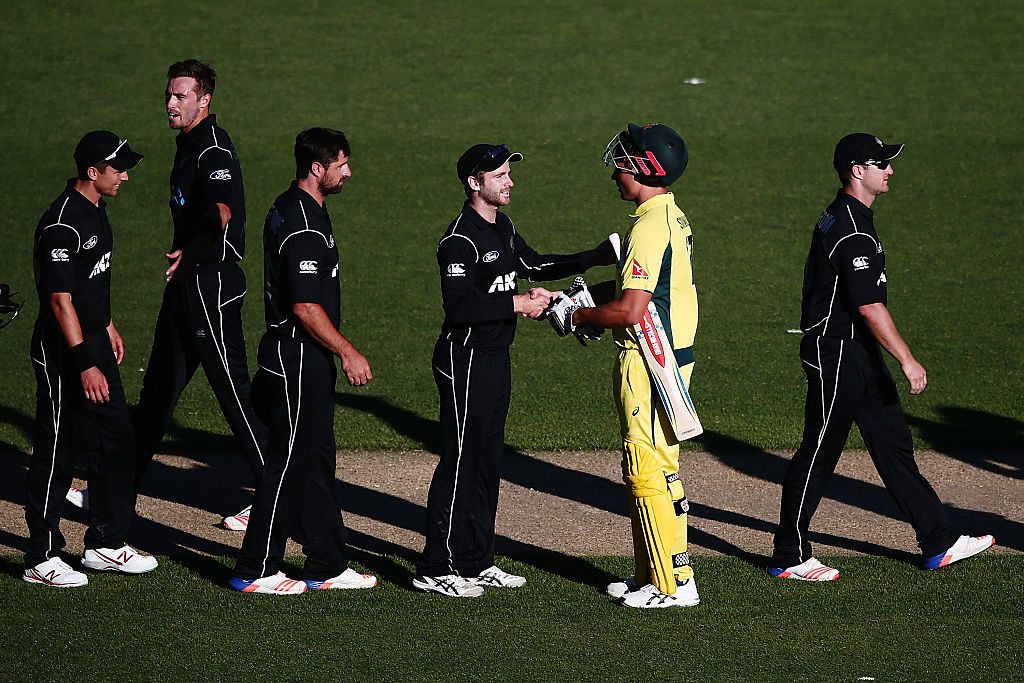 For cricket purists, there's nothing quite like the Test format, as it is undoubtedly the ultimate form of the game.

Sure, white ball cricket is fun, but purists will care more about their country's Test ranking than how many limited overs trophies they can win.

With this weekend marking the occasion of the inaugural World Test Championship Final, cricket finally has a trophy on offer for the ultimate form of the game.

Powerhouse India taking on New Zealand is hardly what Australian cricket fans will care a lot about, but they should.

India will always be India, but over the past seven or eight years, New Zealand cricket has been nothing short of exceptional, while in contrast, Australia has seen some dark days.

Australia has always prided itself on being the benchmark, but lately that's not been the case, with this WTC competition highlighting how many differences there are between the approach of both nations.

Kane Williamson, and before him Brendon McCullum, has opitimised what it is to be a leader. Gracious, respectful, hard and fair. The pair have been the driving forces behind this New Zealand set up that has seen them feature in three major finals in since 2015.

There's no attempts to play for draws, as Joe Root did with England last week - the Kiwis want a result.

This leadership has been in stark contrast to that of Australia.

While Michael Clarke may not be the most popular bloke in Australia, he was at least a very capable leader, having learned from one of the best in Ricky Ponting.

Steve Smith is an incredible player, however, it's hard to argue he was a natural. The Aussies have always had a hard edge and played close to the line, but during Clarke's reign and then Smiths, the line was crossed all too frequently.

While Tim Paine is to be commended for the job he's done in leading Australia out of the darkness following the Cape Town sandpaper fiasco, even he was seen reverting back to the old ways over this most recent summer.

New Zealand don't seem to have many, if any, scandals. They're well respected and well liked, play within the rules and win, a lot.

Although people will argue they haven't won a Final, they technically didn't lose the last one either, and at least they made it. The argument you need a bit of mongrel in you to win trophies may have some merit, but to do that you actually need to get to the last game.

People often say "I'd rather be winning than be liked" in this country, but considering Australia haven't managed to even win of late, this point has become moot.

Their 'mongrel' not translating often enough on the big stage and leaving them without an appearance in a major final (in men's cricket anyway) since 2015.

Coincidentally, that was the last time Australia beat India in a Test series, with the boys in the baggy green having faced them three times since, twice in Australia, and losing every time. They also retained the Ashes but failed to win the series, which they were easily capable of doing in 2019.

While it's cause for alarm, the manner in which both sides are playing says quite a lot.

New Zealand seem to rely more on composure in big moments and picking the right times to be aggressive. They also seem to control their emotions much more efficiently.

Australia has plenty of talent and work ethic, but their reliance on aggression is costing them in big moments. Players making the wrong shots at the wrong time or bowling endless bouncers to players that are by now, used to them, hasn't work as of late.

The sense of frustration from Australia at times has been palpable. Not only is it easy for the opposition to detect, but also anyone with a set of working eyes or ears.

The argument that New Zealand get an easier fixture is brought up a lot, as they tend to play the globe's top sides at home more often than Australia.

While this isn't inaccurate, they have also taken their chances, beating India at home and England in England in the past twelve months.

Conversely, Australia lost to India this summer after crushing them in the first test and with India losing Virat Kohli.

Simply, New Zealand seem not to be overcrowding their fixture with meaningless games to generate more revenue. This approach doesn't overburden players with too much cricket, leaving them mentally drained.

Australia's players seem to suffer from mental fatigue due to constantly playing, with endless amounts of white ball cricket being the culprit. Of course you need to generate revenue, but there needs to be a balance.

The seemingly endless Big Bash Fixture would be a good place to start. It's exhausting and carries on for several weeks too long.

This is perhaps where the most change could be made. The differences in approach between the two administrations seems pretty clear.

The Cricket Australia board has a heavy focus on generating profit, with white ball cricket taking priority.

New Zealand doesn't seem to have this issue.

Contracts are given to to the right players and fixturing isn't overcrowded. There can be no excuse for Will Pucovski not receiving a CA contract this year, as along with Cameron Green, he looms as the best Test prospect in a long time.

Cricket Australia snubbing him for white ball specialists is genuinely perplexing. Particularly at a time when the top order of Australia's Test side is so unreliable.

Another area to note are the pitches.

Recently, cricket commentator and former Blackcap Simon Doull noted that the state of pitches in New Zealand are of the highest quality. Whereas in Australia, several major venues have come under fire for lifeless pitches in recent years.

It would seem that the priorities of both administrations couldn't be more different.

Perhaps it's just a matter of New Zealand having a better crop of players at the moment. Even though Australia won convincingly last time they played, there's a sense that a series in New Zealand would be a different story.

In any case, New Zealand playing in this final is great for Test Cricket. If ever something has been earned, it's their chance to be top dog.

Let's hope for our neighbours across the ditch that it's third time lucky.