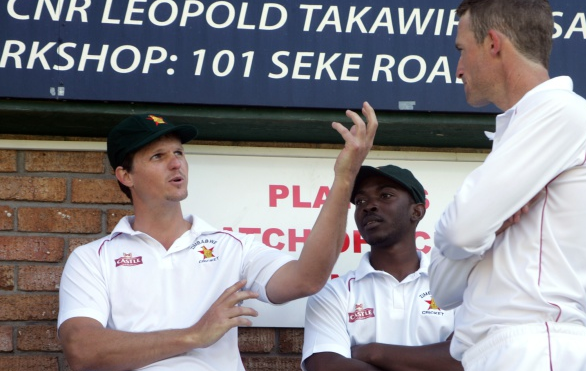 Zimbabwe batsman Mark Vermeulen is being investigated for making a racial slur on social media, in which he referred to black people as "apes".

Zimbabwe Cricket said it is looking into comments posted on Facebook by batsman Mark Vermeulen. Vermeulen was responding to a complaint made by black player Prosper Utseya alleging racism in Zimbabwe cricket.

In the post made back in July, Vermeulen wrote that black people wouldn’t have any problems “if we had left them in the bush,” and Utseya might be happier if he was living “in his mud hut.” He referred to black people as “the apes.”

Vermeulen, who has played nine Tests and 43 one-day internationals but has been in and out of the team, could face a life ban in Zimbabwe after a series of previous problems.